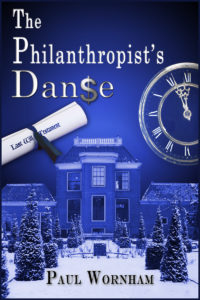 Johnston Thurwell, one of the world’s richest men, dies unexpectedly. His family expects to inherit his wealth, but instead discover the dying philanthropist has spent his last days planning something called The Danse. The twelve most important people in his life are brought together to decide the most important question at the end of it. Who will inherit his fortune?

The family is sequestered in the philanthropists’ remote country mansion with a group that includes his best friend, his most loyal servants, and his greatest rival. They must agree who among them will share the fortune, but they must do it against the clock. Every twenty-four hours, the fortune is reduced. In just five days, it will all be gone.

The thin veneer of civility among the twelve is ripped away by naked greed as their lust for money drives them into betrayal, blackmail and violence.

The desperate family will do anything to save their inheritance. Except share it. 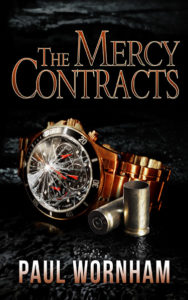 Tall, scruffy private investigator Caleb Pike knows insurance fraud and enjoys catching those who cheat the system. But it’s what he doesn’t know that could kill him.

Caleb is sent to investigate a case that makes no sense, a data anomaly discovered by Jenny Miller, an academic as smart as she is stunning. She finds that American seniors are dying in numbers that defy statistics, not by natural causes, but in violent murders.

Caleb and Jenny team up and travel west to California, chasing down the clues that could unravel the mystery behind the deaths. Their journey to the Golden State reveals the shocking details of who is ordering the murder of innocent seniors, and why.

As they close in on the truth, the syndicate behind the murders acts to protect their lethal, lucrative business. Caleb and Jenny join a deadly race against time, pursued by ruthless enemies ordered to ensure the killings continue, whatever the cost.

The Mercy Contracts is a fast-paced, suspenseful story full of intrigue and action, with a little romance on the side.